The announcement, in 1936, of Lord Nuffield’s munificent donation to Oxford of two million pounds for the progress of medical science appeared like the answer to the prayers of cash-strapped departments across the University’s Medical Faculty. Britain was still feeling the effects of the Great Depression, unemployment was high, and life was bleak. In none of the departments was the need for financial resuscitation felt greater than in the William Dunn School of Pathology. Little work of note was emerging from the stately building on South Parks Road, itself the result of a generous donation, when the first full professor of pathology, Georges Dreyer, died in 1934. It was not until the following year that Dreyer’s successor, Howard Florey, took up his post and together with Beatrice Pullinger, a former Sheffield colleague, and Jim Kent breathed new life into the School’s teaching and research. But Florey, the brilliant Australian born former Rhodes Scholar had no alternative than to spend most of his time fund-raising rather than conducting the kind of research which would lead to path-breaking results on the use of penicillin from 1939 onwards. 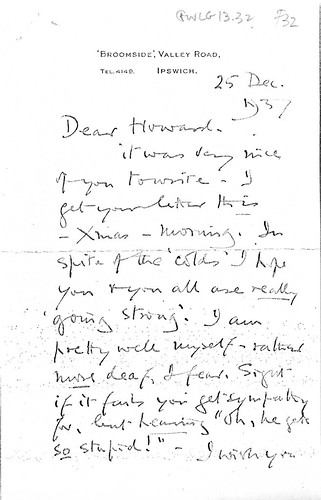 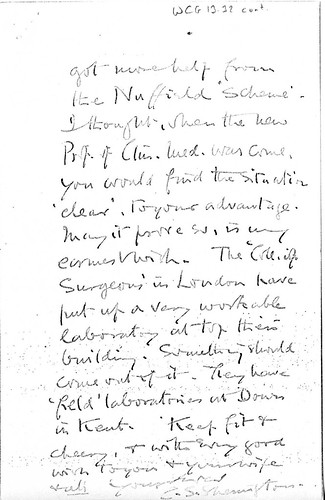 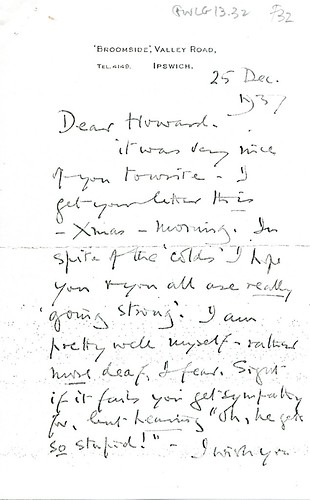 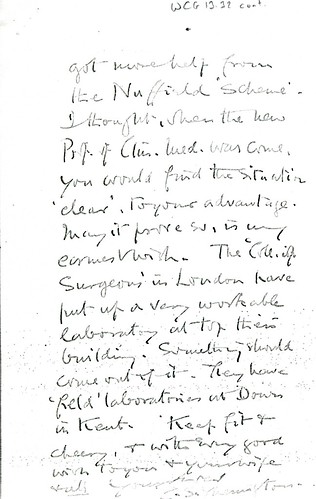 As two letters written by the Oxford physiologist Charles Sherrington reveal, there were high hopes that the Nuffield benefaction would ease the financial woes of the Pathology Department soon after Florey’s arrival. ‘I have been hoping the Nuffield benefaction would straighten out some of your laboratory difficulties – of course they will’, writes the Waynflete professor of physiology to his Oxford colleague on Boxing Day, 1936. Such confidence! Soon Sherrington’s expectations were dashed, when it became clear that the benefaction would be used in its entirety to support clinical departments. A year later, Sherrington writes plaintively ‘I wish you got more help from the Nuffield scheme’. One’s loss was another’s gain.